Click for the full horrifying size.
Posted by TeamSmithy at 01:53 12 comments:

The Chronicles of Solomon Stone, Chapter Three: Showdown at Murdermuerte! 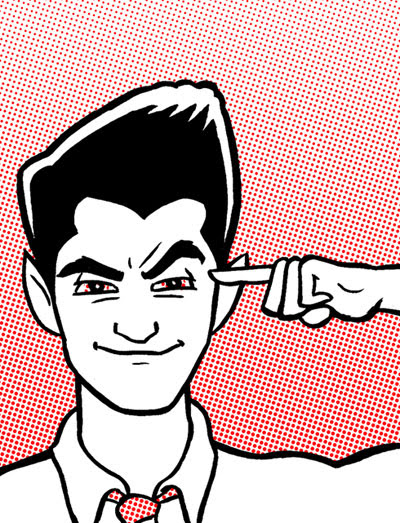 The story concludes! Click on Sol there to get the last chapter as well as an awesome pinup from Dan McDaid and Tamas Jakab!

Unlettered art is up on DeviantArt
Posted by TeamSmithy at 03:30 No comments:

The Chronicles of Solomon Stone Issue 1: The Deadly Doom of Dinosorcery! 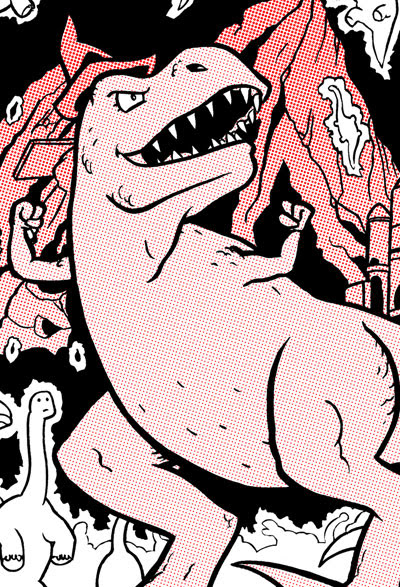 Part two is online! Just give T Hex there a click!

And once again the unlettered art is up on DeviantArt.

The Chronicles of Solomon Stone Issue 1: Night Falls on the Cosmodome!

Part one is free to view right goddamn now! Just click on the cover!

I've also stuck the the unlettered art up on DeviantArt. Mainly to show how good Birdies lettering is.
Posted by TeamSmithy at 01:14 1 comment:

One assumes you will soon be seeing this panel everywhere. It is with great honour that I and my noble companion Professor. Samuel Horatio Bridgett of The Royal Society for the Preservation of Sub-Literature present the following: a series of extracts from the scant (often slightly burnt) remaining fragments of some notable novels that are, Alas, all but lost to world

The Textual Reconstruction was produced by my colleague Prof. Bridget while I performed the Restoration of the Illustrations shown.

Please note that no Illustrators were credited for the works presented as this would give them ideas above their station. From Culp and Culpability by Fanny Door

“Why, Mr Footingwaite-Smythly,” responded Joanna coyly, “if only the performance of your rams could match that of your tongue, your flock would be the finest in all Buckinghamshire.”
“Madam, you do me a disservice,” said that gentleman, “and I will request you not to force me to go upside your head.”
“Sir, I beg you to attempt it, for it would give me no greater pleasure than to demonstrate how a man’s skull may fit quite admirably into a man’s rear.”
Before Footingwaite-Smythly could respond, the music came to an end and the dancers bowed and curtseyed to each other. Some did both, to be on the safe side. From The Case of the Smugglers’ Booty by Iris Spiffing

“By jingo, they’re going into Hobson’s Cave!” cried Philip.
“We’ve got them now, there’s no way out but the way in!” crowed Alice.
“But I think one of them had a gun!” warned Rebecca. “I should think being shot in the head would be jolly unpleasant!”
“Pshaw, it’s easy to dodge a bullet!” pshawed Crispin. “Besides, I hear that being kneecapped is an oddly agreeable experience."

The four friends crept quietly down towards the cave. But when they peered inside...
“They’re gone!” yelped Alice.
“But how?” pondered Philip.
“I can tell you!” called out a cheery voice.
“Gypsy Jack!” cried the intrepid investigators, as their cheery gypsy pal gambolled down the rocks, his gold earring sparkling in the sun. From The Castle of Skegness by Emilia Bludthrust

There was a great crashing from without, and Catherine clasped a hand to her breast with horror. A second crashing!...a third!...Catherine suddenly realised that it was merely the grandfather clock in the entrance hall. But wait!...did not the Duchess say that the clock was broken, and had not chimed since that night seven years ago?

Though she shivered in her nightgown, Catherine resolved to see with her own innocent eyes whatever there was to be seen, and crept to the door. Easing it open, her first thoughts that were such activities could not be advantageous to the quality of the upholstery. “As an officer of Her Majesty’s army, I, Corporal Hetheringly Percival Maurice Swasherman the third, order you to lower your weapons and submit!” I proclaimed. Sadly, it seemed that these swarthy natives did not commune in God’s own English, and I was forced to shoot the lot of them.

Upon returning to base camp, the other scout patrols offered similar tales, with the exception of Johnson, who had succeeding in befriending a group of the blighters via the offering of sweet biscuits and the like. As such, three males and five females were now milling about the place in a state of scandalous undress. I was heartily relieved that Barbara had opted to stay in Gibraltar, as such sights were not for a woman’s eyes. From The Marvellous Mechanical Man by Frederic Saucisson

“Behold,” cried the professor, “the greatest marvel of this or any age!” And with that, he threw a large switch, causing a pulse of sizzling electricity to shoot through the form. A moment’s silence – and then – it moved! – To our astonishment, a great clanking of gears and hissing of pistons accompanied the figure’s movements as it raised itself from the table and stood of its own accord! – But the wonders were not to stop there, for then it turned its head and looked directly at me, and spoke! Its voice was harsh, rasping, halting and without any human feeling, but nonetheless it addressed me directly. I attempt to transcribe its particular method of articulation as best I can with my pen.
“WOULD. YOU. LIKE. A. CUP. OF. TEA?”
Posted by TeamSmithy at 09:31 1 comment:

Labels: I draw things, The Royal Society for the Preservation of Sub-Literature

Return from the Thing!

I had a fun ol’ time at the London Thing last Saturday. After the agonizingly slow start me, Gould, and Joel (who appeared to be cosplaying as a luchadore bank manager) got into the groove. We were also sharing the table with theses awesome Sugar Skull badges Joel’s sister makes, I love those things. If we’re back next year we should totally have a Mexican Day of Dead theme on the table!

It’s nice to be able to pick up comics from the cartoonists themselves without having to wade through a shambling group of slack jawed Joker nurses. I didn’t take any photos because I prefer to save space on my camera memory card for more important London sights like the filled in crack at the Tate Modern (which I find strangely hilarious) but there’s a nice con report with pics on The Super Comics Adventure Squad Blog.

And now here’s links to some of the cool stuff I bought. Knuckles The Malevolent Nun: Special 1
Mugwhump The Great: The Show Must Go On
(I hope my local comic place gets some copies of the Muppet book through the grey market soon…)

Do Not Feed the Bear

Bigger Ruffs for Everyone
(Yes, I was one of the lucky few to get one before they ran out.)

Thank Goodness for Herald Owlett Vol.1
(came in an awesome handpainted envelope with a free colour sketch inside!)

Beaver and Steve Vol.2: The Owl of Regret

All Knowledge is strange

Daytripper No.1
Lowborn No.1

The Secret Origin of Shark Attack Three
(a free comic and CD!)

How I Blew my Thursday Night
(I gave R. Stevens a bacon scented Mini-Comic, this fullfils a long held ambition of mine.)
Posted by TeamSmithy at 05:02 2 comments:

Labels: Artists who are awesome, British Comics, Conventions, I draw Comics
Older Posts Home
Subscribe to: Posts (Atom)
"You know what I like about you, Smithy? You hate Nazis."

Comics I am tangentially involved with

Coalition of the Thrilling!